When the honeymoon is over: Post placement tips for social workers 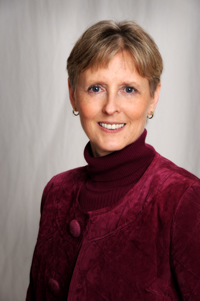 After several visits, Johnnie finally moves in. This should be the "happily ever after time," right? That's like saying "all it takes is love."

Moving day is often the first day on a long, bumpy road. Adoptive families need the social worker's best efforts to help them adjust and accept their new child. It works best when the social worker takes the role of a partner, prepared to do whatever it takes to help the family 24-7.

First it is important to shift from being the child's advocate to being the family's social worker. The parents are the key to the success of the placement, just as they are the key to its failure. They quickly learn that the child they fell in love with is different than the one that came home with them. If they are not able to adjust their expectations and learn to love the "real" child over time, a disruption is likely. Fantasies are just that—fantasies—they are not real life. How many of us thought we were marrying a knight in shining armor, only to find out that that he has annoying habits that drive us crazy. We also naively think we can change our partners after the wedding. I get big laughs at adoptive parent training when I ask if that worked for anyone!

Social workers need to recognize that adoptive parents often have the same beliefs about adoption. They believe that Johnnie will change over time as he becomes used to their family and believes he is loved. The truth is that change will be needed more from the parents than the child to make the placement work. It is the social worker's job to help the parents adjust to the reality that the family system may have to change to accommodate the child's needs.

Adoptive parents may have to learn new parenting techniques to manage behavior and build attachments. Work schedules may need to be adjusted to provide the kind of supervision the child needs. A child who was sexually abused may not be able to share a bedroom with a sibling as they had planned. Families may have to give up some privacy as they get involved in counseling, therapy and support groups. One adoptive parent whose child got into trouble for fighting, joked that she would never have known where to find the Juvenile Probation Office before the adoption. She was able to accept that change in her life.

As social workers, it is important for us to recognize that very few of our prospective adoptive parents are truly prepared for living with a child that was abused or neglected, exposed to domestic violence, or abandoned. We need to review the child's patterns of behavior and testing in past placements and predict for the new family what might happen in their home.. It helps to have plans in place prior to the placement anticipating the needs you expect they will have. Empower parents by having a crisis plan in place with strategies for the child's testing behavior, including when and how to call the social worker. If Jason tends to run away when he is upset, have a plan for how the family should deal with this. Discuss privacy and touching rules for the family if their child experienced sexual abuse. Schedule regular respite care for a family who is likely to need breaks from their child.

It is also the social worker's job to interpret the child's behavior for the parents in light of his/her past history. This helps the parents understand that David is not "bad" or trying to push their buttons when he hoards food, uses foul language, or does something sexually provocative. All behavior has meaning and parents can be empowered to accept and manage behaviors they understand. I recommend that social workers visit adoptive families weekly for at least the first few months. In my experience, placements tend to fail in the third or fourth month. By then the family has had enough time to experience the "real" child and make a decision to go forward or not.

Adoptive parents generally tend to take things the child says and does very personally. It is important to teach them that when the child says, "I wish I still lived with my mom," or "My foster parents didn't make me go to bed this early," it is not meant as an insult to the adoptive parent. Trying to convince the child that he is better off living with them, or arguing over routines that are different, is not helpful. Suggest instead that the parent acknowledge that indeed it might be hard for the child to get used to all the changes, but they know she will.

I worked once with parents who got tired of their adopted son always talking about going back to his birth father. Rather than accepting that it was normal for the child to miss his father, they took him literally and thought he wanted to leave. When his behavior became challenging, they got angry and said he could just go back to his birth father if he wanted to that badly. When the adoption disrupted, the child was surprised that the adoptive parents took what he said as a serious wish.

Another common misconception for parents is the belief that if Angie really wanted to stay, she would follow their rules and behave. With that thinking, the child's membership in the family becomes conditional and dependent on his/her behavior. Would the same parent treat a birth child this way?

Remind adoptive parents that the child is testing them out of a need for self-preservation. When a child tests the parents' commitment, it doesn't mean he wants to leave, but that he wants the parents to prove they want him. During the heat of an argument, the child may say he's going to call the social worker to come and get him, but it is really just another test to see if the parent wants him to stay. If a parent falls into the trap of responding that the child is free to go if he wants to, the child will take it as a sign that the parents are going to kick him out and set out to prove it. This is the "I'll reject you first" reaction that is typical of children in the foster care system. It would be better for the parent to respond, "I want you to stay and work this out, but you are free to call your worker at any time."

Attachment develops over time and must come from the parents first. The child will keep a tight hold on her heart until she is sure this is where she belongs, and that may take many years. Even then, the child's version of attachment may look different than what the family expects. A family came to me recently, concerned that the Asian child they adopted at age 5, left home suddenly after his high school graduation. He didn't ask for help and even moved one day while they were gone. They feared that after caring for him as their son for the last 13 years, he had walked away from their family. They were at a loss to know what to do. As we talked, they were able to recognize that even as a child, this young man wanted to do everything for himself. It appeared that he was repeating a pattern that was natural to him. I encouraged them to take the first step to keep their family connection alive. The mother decided to bake cookies and dropped in at her son's new apartment. They were able to talk and she asked him to come for Sunday dinner that weekend. They have been able to re-negotiate their relationship while respecting their son's need for independence.

Adoptive parents can be demanding clients who need information, encouragement and sometimes, a shoulder to cry on. They don't like to ask for help, however, because it means admitting failure. Let parents know that problems and crises are normal, and give them permission to make mistakes and come to you for advice.Like the saying, "It takes a village . . ," adopting a special needs child takes partners and support teams. Help the adoptive parents establish their "village" including day care, teachers, doctors and counselors.

It always amazes me when other social workers remark that adoption is the "cush" job of our profession. From recruiting and training adoptive parents, preparation of children, facilitating visitation, and providing intensive post-placement support, adoption workers are charged with daunting tasks. A failed adoption hurts everyone, so the stakes are high. But when an adoption succeeds, there is the rewarding feeling of giving a child the chance of a real future!

About the Author:
Ms. McCoy has been an Adoption Specialist in Iowa for 27 years, practicing in both state and private venues, including a residential treatment center. She has authored "My Adoption Workbook," and co-authored "The One and Only Me" Life book and the "Real Me" teen life book.