Building A Family One Color at a Time 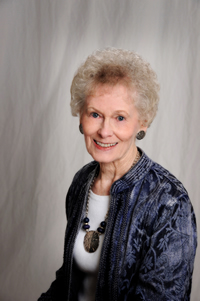 Find four minority children of differing "flavors and cultures." Add them one at a time to a blonde, blue-eyed, Scandinavian family of five living in the Heartland. Sprinkle generously with love and stir well. What will you get? Marble cake, or American stew?

Neither! From this unique blend, emerges a family as distinct and unique as each of its parts - - the best of all worlds combined to make, not stew, but a beautiful rainbow where each color shines in its own radiance. Our family’s story is full of happy, frequently funny, sometimes tearful moments - - past and present. The future? Well, that is unfolding day by day, of course, but here’s how it all began. . .

The News: An agency many miles away sent a letter. It said, "…healthy, 8 lb. baby boy, five weeks old. Do you want him?" Nothing more, and no photo. After nine long months of waiting (our worker had a breakdown during our process - - still not sure if we contributed to that!), we grabbed the phone and breathlessly replied, "YES!"

The Place: The big day arrived; it was 17 degrees below zero. Hard to tell if we shivered from cold or excitement. Our hearts wrenched as we were told about a local person on the reservation who lived in a cave. Finally, the big moment arrived. We held our breath and took a cautious peek. There, in a little maple cradle, lay our new son/brother, patiently waiting to be fed and go home. His ruddy color and distinct *Lakota features were heightened by the white eyelet pillow under his head. It was a very special, very private moment for his new mom and dad, 11 year-old brother, and 13 and 14 year-old sisters. "We love you," was indelibly written across each of our hearts. "This one was special," his foster mom told us. We smiled knowingly and took our new baby the long, 16-hour drive home.

He grew (as little Lakota boys do) tall, strong and with a wit to match the best. An important heritage was entrusted to us and we vowed to preserve it. Quickly, we learned to rid our languages of phrases like "Stop running around like a wild Indian," and other racial epithets that we grew up with. Cultural stereotypes prevailed, however, and by age three, our son was afraid of "Indians." Now, fully grown, his black, (but unbraided) hair, and dark skin speak of his ethnic roots. Invisible is the fetal alcohol effect that he carries within him, a legacy from his birth parents.

The Place: A church potluck. An adorable, four-month old foster baby draws our attention. Could she be ours, we wondered? At home, we can’t get her off our minds. We asked the kids, "How would you like to have a new baby in the house?" Our youngest, (the witty "Lakota kid") didn’t care whether boy or girl as long as the baby was "grape."

We called to inquire as to any other interest in her. The social worker said there was none and encouraged us to step up. Two months later she was ours! She wasn’t grape, but rather "black and beautiful." A new world to discover - - kinky hair, black hands/pink palms. Our pediatrician smiled and said, "lovely child . . . great bone structure . . . narrow, expensive feet!" He told us that mixed blood was what made Hawaii so great! And she grew (as little black girls do) charming and spirited, but not always sure whether being black and white was bane or blessing, especially when it came to hair. Mom learned to do corn row braids, but refused to give her blond, straight hair like her older sibs.

It was another important heritage to be preserved and we worked at it. We learned that the world is different from inside a black skin and we stopped saying, "Go wash your dirty black hands." We learned that we were under surveillance when we went shopping with our black child. We also learned that love can soothe, but not remove the sting of prejudice nor a cross on our lawn.

The Place: Our home. An ordinary day. A phone call and urgent question . . . "Can you take her?" A knock on our door. There stood a not-so-ordinary two-year-old holding a tiny bag with her only two possessions. As she stepped inside, a shining ray from a Vietnamese sunrise was added to our rainbow family. Wispy and weightless like a feather, she was shy and coy one minute, dynamite the next. "I hungy," she said, as her hand followed a bowl of cold carrots leaving the table. It was one of the few words she knew in English - - a language that she mastered in three weeks. Slowly, as trust replaced fear, and food replaced hunger and low spirits from having been physically/emotionally abused, the daily violent episodes of rage subsided. Her grief/ loss/abuse issues were filed away until her turbulent adolescence.

She grew, (as little Vietnamese girls do) inch by half inch into a petite five-foot beauty whose long, black hair, sun-kissed cheeks and almond eyes spoke only quietly (if at all) of Hispanic blood which, we learned later, she also could claim. And, we discovered that the world was smaller than we thought, that love does not erase war and that pain has no color. We celebrated her victories and cried when she fell victim to her internal scars.

The Place: The local airport. The new arrival weighed in at 120 lbs, boasting muscles developed way before their time on a twelve-year-old body. Trauma and culture shock soon set in. Potatoes and jello were strange; pajamas were strange; showers and sheets were strange; a Christmas tree in the house was strange, the English language strange . . . and difficult! Even the smile of a mother was strange to this frantically airlifted youngster who would never return to his Saigon home.

Then followed a series of: social workers, surgery, new teeth, speech therapy, tutors, new religion, ghosts . . . and football. After getting his hearing restored and front teeth in place, he smiled and said, "Soon I be whole new man." He was right! And the Asian boy grew (as refugee teenagers do) and soon, he did become a whole new man whose heart and loyalty was split in half by an ocean. We learned that survival of the spirit depends on positive self-esteem and a need to BELONG to someone. At age 17, after surviving the American teen-age experience, learning a new language, running the wrong way down the football field, he asked to be adopted like others in the family. So, on the day of Christmas eve, we adopted this young man, born of a centuries-old war, thus giving an 18 year old his wish for "a family to come home to for holidays" like other American young adults.

And that’s how it began! Our family has grown (as families do) through sibling rivalry, orthodontia, college, weddings and divorce, broken hearts and bones, blinding rage, run-aways, birth parent searches, teen pregnancy, alcoholism, and (three) suicide attempts. Through it all, we have worked hard to preserve the heritage and ethnic identity of our kids, to help each discover his/her strengths, and to accept failures (theirs and ours!). Toughing it through the hazards of racial backlash, peer pressure and identity crisis were challenging. Racism, at its subtle best and ugly worst, (inside and outside the family) affected us deeply. We know the difference between curiosity and contempt from strangers and family and the unsure smile of friends. To say it has been easy would be less than honest, but when the water was rough for one, all of us helped to steady the boat. We sought not to protect, but to teach survival. In so doing, as parents, we learned to survive as well.

We have loved and, yes, been loved in return. In the process, we’ve discovered "white-ness,’ "black-ness," "brown-ness," and "grape." In short, we know that love simply has no color. Mostly, however, we learned what can happen when you leave both your heart and your front door open!

*NOTE: Native American children are now protected under the Indian Child Welfare Act and can no longer be adopted and taken off the reservation without express permission of the tribe.

The author is a birth/adoptive/foster parent and co-author of "The One & Only Me" life book and "The Real Me" teen life book.